At the Horse Country Resort you will find many facilities such as swimming pools, hotels rooms and cottages rooms. The Resort offers different restaurants including the Saloon, Il Paguro by the beach, Pizzeria Don Custer and  the main Fasolare buffet Restaurant. During the week you may find themed dinners such as Tex Mex, BBQ fish and Sardinian ‘porceddu’ – roast suckling piglet BBQ.  Eat around and try them out !

The Resort offers a private beach, a wellness centre, an equestrian centre and a Western village nestled in acres of beautiful gardens and pine forest. Services are designed for kids & adults alike, individuals & families, from sports to an entertainment team to a helping hand with your kids at the Mini Club & Junior Club.

Join our group to Sardegna 9 – 16 August

T&C’s apply. Price is per person

The Horse Country Resort is located about 1.15hrs from Cagliari Airport, overlooking the Gulf of Oristano and surrounded by lush nature. This Resort consists of basic rooming style, a mix between the Traditional Sardinian and Western style. Surrounded by lushful gardens and pine forest which leads directly on the beach.

For the adults a harmony of wellness offerings, sports and relaxation can be found, whilst the young ones get to enjoy our fun and game activities.

The Horse Country Resort puts together dynamic entertainment to suit everyone’s needs which tends to be more relaxed during the months of June and September and more hyped up during July and August, especially around the week of Santa Maria holiday/Ferragosto.From fun holidays to holidays in nature and relaxation, without neglecting the little ones, who can enjoy services for them, such as a mini club and Ponylandia, for an unforgettable family holiday.

HORSE RIDING :  Exciting horseback activities, from beginners, children to adults, everyone can experience horseback riding.  With one of the largest equestrian centres in Europe, a beach that can be visited on horseback surrounded by pine forest.

ENTERTAINMENT: With an incredible entertainment staff, offering an unforgettable holiday full of excitement. The Horse Country staff offers services designed for all ages from kids to adults alike, individuals and families, handling everything from sports activities to entertainment to a helping hand with your kids at the fun Mini Club and Junior Club.

SPORT & ACTIVITIES: Many sport activities to be found at the Horse Country Resort, such as riding lessons, water aerobics, archery, tennis and a variety of activities throughout the resort, so you can decide to mix moments of relaxation at the beach or pool with a little healthy exercise.

GREEN COAST TOUR (Half Day): Guided Tour, transfer from Resort, heading south, we’ll reach a typical fisher town called Marceddì. It’s well-known for its small houses, used as storage for the boat called Cius.  Even more popular for the its fish production of shellfish and mullet, used for the famous Bottarga. Later we will pass over the ancient one-lane bridge, to reach the Costa Verde (Green Coast).Here archaeological mine sites are still visible.

After transfer to Piscinas for a walk along this small desert by the sea. (optional swim if you like). On the way back, Photo stop for the Coastal Aragonese tower of Flumentorgiu.

CAGLIARI & SHOPPING TOUR (Full Day): Transfer from the Resort to the Capital of Sardinia, Cagliari. We will pass next to the harbour and the historic area. Here we will take a walk to observe the ancient ruins of the Roman amphitheatre and the Castello district with the Citadel, the Cathedral. Inside the town, we can pass through the narrow streets there are small craft shops and noticed the preserved ancient architecture. Free time for shopping during the opening hours or visit the archaeological Museum of Cagliari (ticket not included).

After continue by bus to Poetto Beach where you can have your packed lunch by the beach. We will continue the tour admiring the Site of International Importance of the salt works of “Molentargius”, where many pink flamingos may be seen deepening on the season.

ORISTANO & IS ARUTAS BEACH (Half Day): Transfer from the Resort to Cabras and the ancient village of San Salvatore, which has been used many times as film set for famous western movies. Visit the rural church of San Salvatore dating back to the nineteenth century. Transfer to Is Arutas, a beautiful beach renowned for crystal waters and white quart sand. Here we can take time for swimming. Complete the tour with a panoramic City Tour of Oristano and drive along the Lagoon of Santa Giusta.

MONTEVECCHIO MINES (Half Day): Transfer from the Resort to a typical fishermen’s village Marceddì. The tour will continue crossing the archeological area of Neapolis, and then pass through Guspini to the valley of Montevecchio Mine. Montevecchio is a  Destination of Excellence by the European Commission in 2011.  Enjoy an particular tour among the old mine’s remains. On the way back we’ll pass through rural areas of San Nicolò d’Arcidano and Terralba.

All prices are per person & are correct at the time of publishing. Prices & availability are subject to change. Travel document must be valid for at least 6 months from traveling dates. Please note: the rooms are all different, please consider the photos to be indicative. Opening dates of the hotel may be subject to changes from the published dates. If the municipality will apply a city tax, it has to be paid on the spot by the guests. 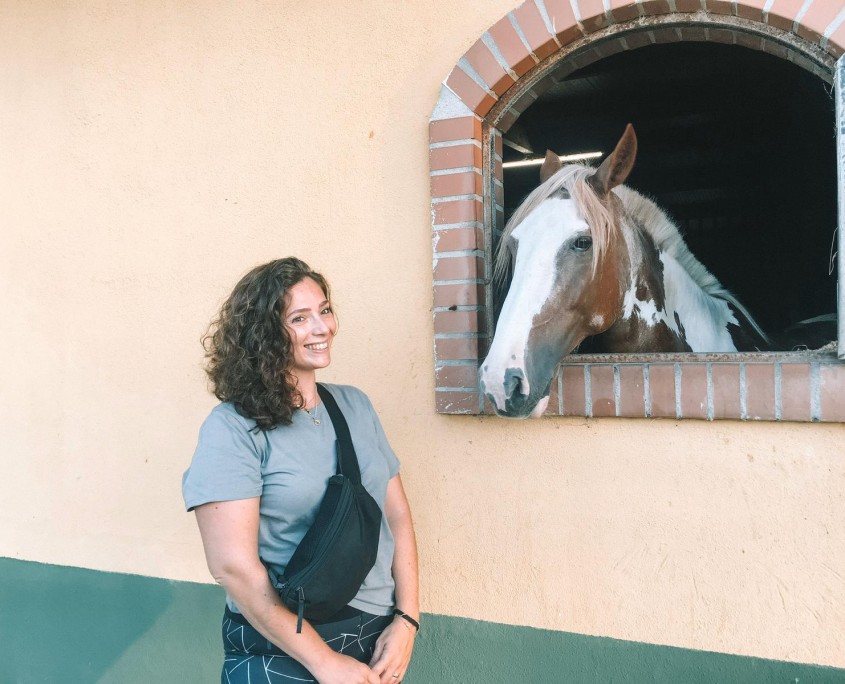 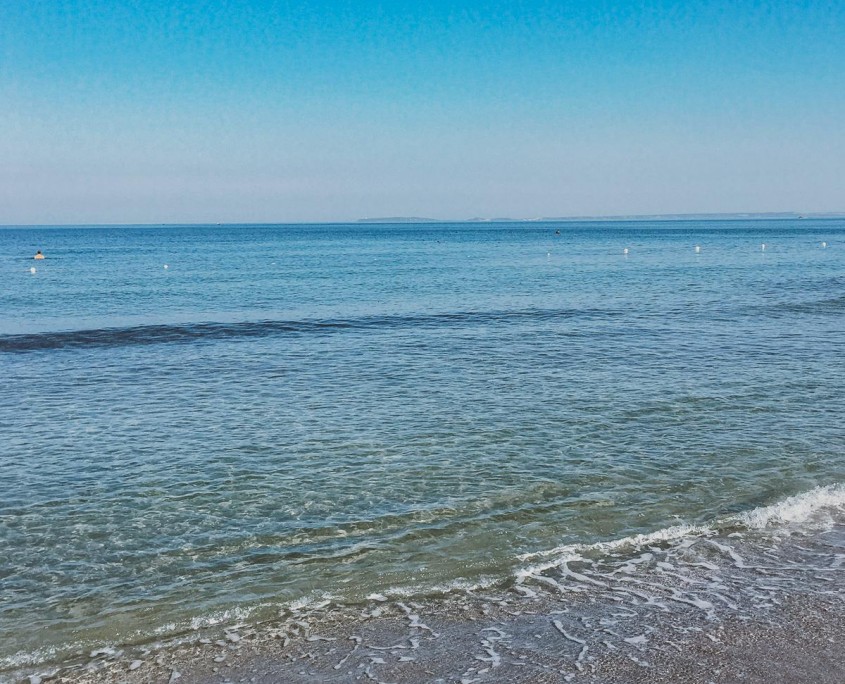 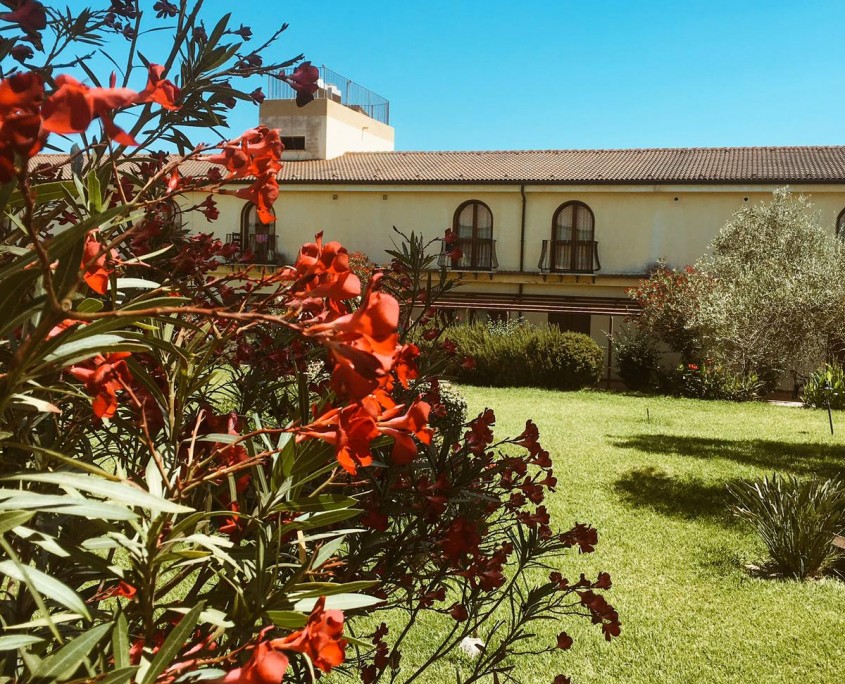 Take a trip to Sardegna

Set sail to the sun soaked island of Sardinia, well known for it’s sandy coves, scalloped coastline and crystalline waters, the unhurried atmosphere of this country is the perfect place to unwind.

Whilst the chic façade of Sardina’s designer boutiques has become world famous, this island nonetheless holds it’s roots in tradition. Cruise the corridors of ancient architecture, rediscover the Narughi and take a tour of the unspoilt villages that find a haven in the hills of this lavish land.Sardinia prides itself on homely food. Pick a peck of pecorino to sprinkle over your pasta or much on a macaroon. Let your senses sing an allegro for that affagato or indulge in a scoop of gelato. Here, you’ll find a home away from home in the kitchen.In this idyll of glitz and relaxation you are far more likely to find a wine bar than you are a spread of nightclubs… Relax with a glass of red on the shores of the sparkling sea or wander down a terrace as you watch the sun set – the dramatic seaside scenery is a sight worth remembering.